Today we are looking at Haiku poems.

The haiku is a Japanese poetic form that consists of three lines, with five syllables in the first line, seven in the second, and five in the third.

Haiku poems describe the subject with sensory detail. Haikus are meant to give the reader a brief sense of the subject using the senses.

Have a listen to the song below which gives you a brief reminder of what a syllable is.

I have put a Haiku poem I made below as well as some pictures of ones other people have made.

The weather is cold,

The wind is so strong

Have a go at writing your own Haiku poems, even though they are shorter so may seem easier, it is tricky to get the right amount of syllables.

Can you write a Haiku poem describing something using similes and descriptive language. If you email it to us I will try and work out what you are describing. 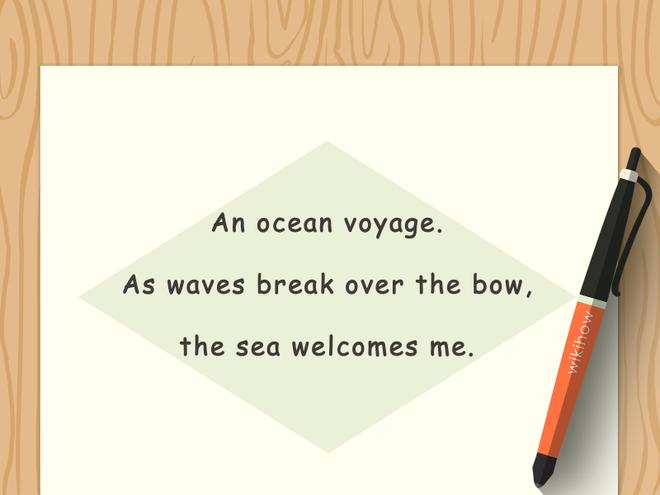 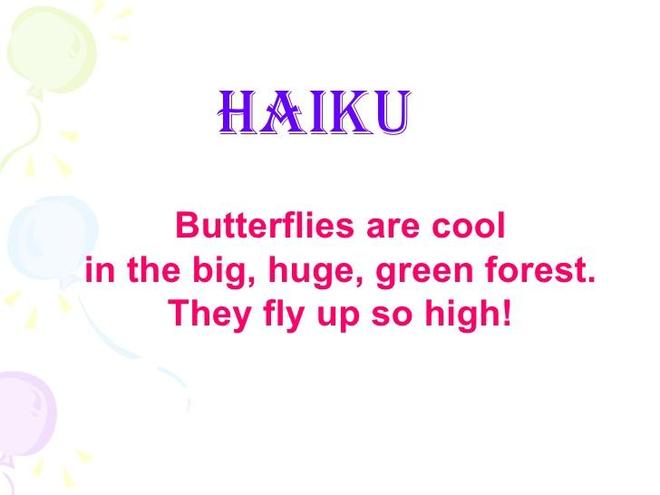 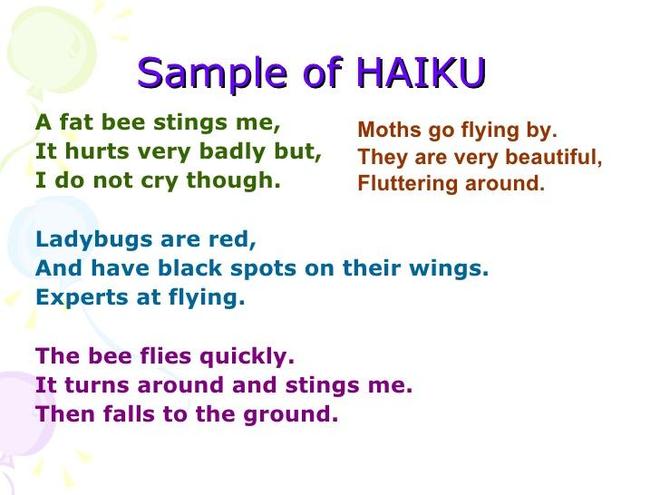